You are here: Home / Testing for allergies / Blood Tests for Allergies

Blood testing is not the most common way of diagnosing whether a person suffers from allergies. Skin testing is used much more often because skin testing is often more accurate, is cheaper, and the results of skin testing are available much faster. The results of blood tests for allergies are particularly difficult to interpret and may not always be accurate. They should only be interpreted by a trained clinician.

If you suspect that you or your child suffers from an allergy, it is therefore important to speak to your doctor rather than relying on a shop bought home testing kit, or a blood test offered by someone who is not medically qualified. 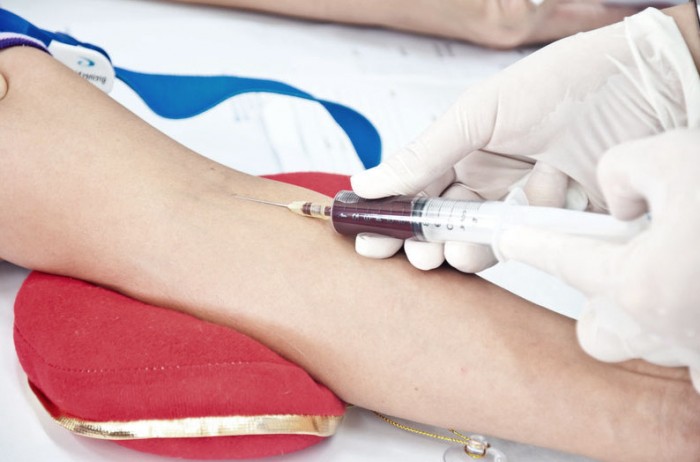 A blood test might be used, rather than a skin test, where:

How the test works

Types of blood tests for allergies

Specific IgE/Radioallergosorbent (RAST) tests measure the extent to which IgE levels are raised when a specific allergen (such as fish, tree nuts or dust mites) is introduced into the system. However RAST tests quite often produce false positive results (saying that the patient is allergic when, in fact, introduction of the substance will not produce any symptoms) and therefore should only be used if a specific allergy to a particular allergen (e.g. fish) is already suspected from the patient’s medical history.

The newer Enzyme Immunoassay (ELISA/EIA) tests are today used in preference to RAST testing. These tests measure the amount of antibodies in the blood rather than whether a reaction is happening. They are generally considered more reliable than the RAST test, particularly for people who might have delayed reactions. However even these tests are not 100% accurate and they will be unlikely to predict how severely the patient may react to a particular allergen.

Research is being done to try to find ways of making blood tests more accurate. For example a relatively recent type of IgE testing known as Component Resolved IgE testing (CRD) may be more helpful than standard tests in predicting whether a person may be at increased risk of having a severe reaction to peanuts.

Blood tests are generally very safe. There may be a slight pain from where the needle was injected and the area may bleed a little after. Occasionally individuals who cannot tolerate the sight of blood may faint, but that is more likely to be embarrassing than causing any real harm.

The blood sample will be sent to a lab for testing. It will usually take between 7 and 14 days for the results to arrive.

In most cases a positive blood test will mean that an allergy is present and that the substance should be avoided as much as possible. However, it is estimated that, for some allergens, as many as 50% of the tests will produce a false positive result , that is, detecting an allergy when in fact the substance will not produce any symptoms in the patient. Whilst false positives are the biggest problem with blood tests for allergies, there is also a small chance of a false negative, where the test does not pick up on an allergy which will produce symptoms in the patient.

Because of the risk of false positives and false negatives, the results of an allergy blood test should always be done by a fully trained clinician, who fully understands the strengths and weaknesses of the testing methods. The results should be seen as part of a wider analysis, taking into account the patient’s family history of allergies, the patient’s own medical history, eating habits and symptoms.

It may be decided that the blood tests are inconclusive, and further tests, such as an oral food challenge (which must only be done under close medical supervision) may be decided upon.